ComStar International chose Star Service of Houston and New Orleans as the General Contractor, and specifically Star Service's Brian Keating, as the Project Manager to perform a Flooded Chiller Conversion with the assistance of Advanced Refrigerant Technologies of League, Texas.

The process involved converting an RS-22 Flooded Chiller system to the unique match capacity of an RS-45 (R434A). 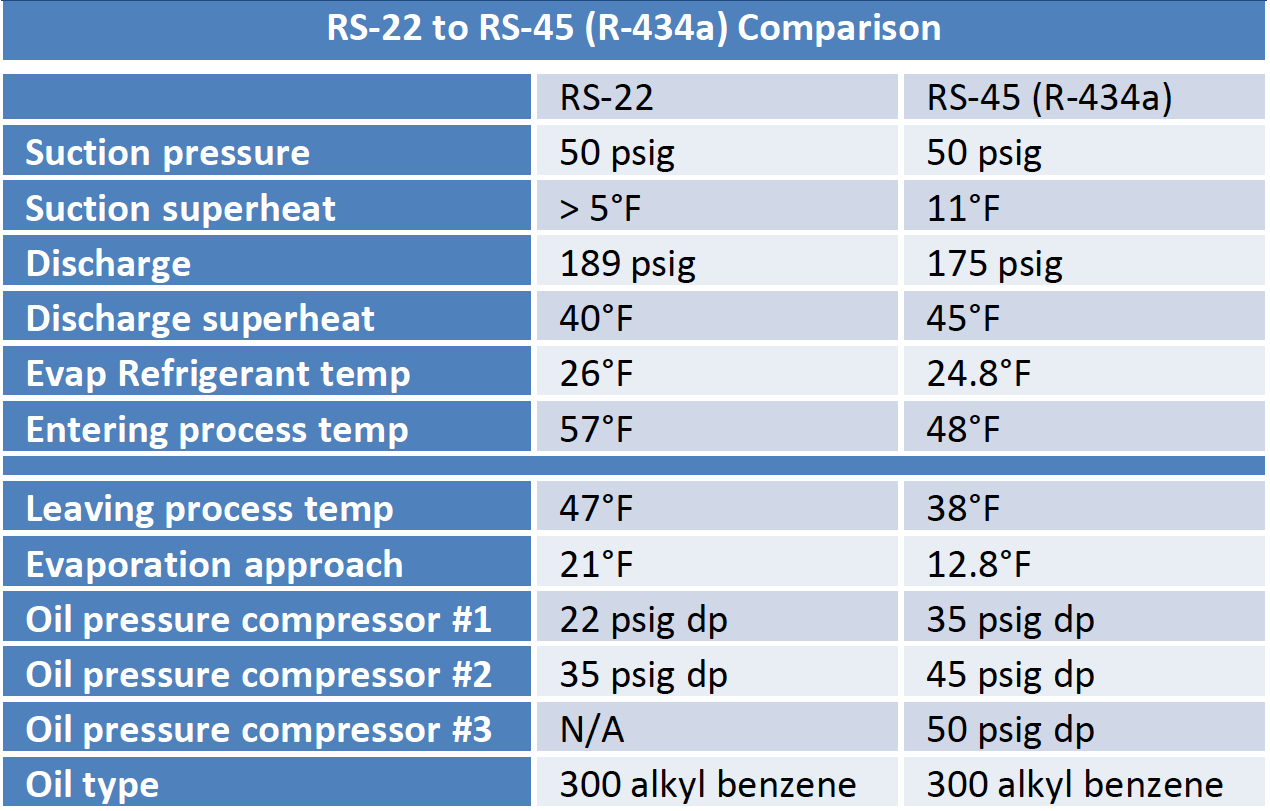 At the initial start-up after conversion, the system was not exposed to significant load conditions. A steam heat exchanger was utilized to simulate heat-load conditions. Each compressor was started and allowed to carry the load independently. All compressors performed load demand tasking with exceptional performance operation. Each test resulted in a low discharge pressure of 160 PSI. Suction pressure was easily achievable at 50 PSI and oil pressure was ranging from 45 lbs. to 65 lbs. DP. At that time, compressors were run under low-load conditions.

Load requirement demands were increased to normal operating conditions of system requirement. Upon exposure to additional heat-load requirements, the increased amount of suspended vapor dropped the liquid receiver level to below desired level. An additional 500 lbs. of RS-45 was added to meet the demand requirements of the normal operating conditions (heat-load demand). Due to the low ambient conditions, the system sill operated with relatively low discharge pressure of 175 PSI. Suction pressure was still easily achievable at 50 PSI and oil pressure DP was achievable. The approach on the evaporator dropped to 10°F (from 15) due to a lack of excessive oil in the evaporator. Furthermore, it appears that the retrofit should be considered easily achievable and the outcome should receive satisfactory results. Also, the close pressure temperature relationship characteristics would not require substantial PLC control modifications or PSV replacement.

Want to Discuss
Your Upcoming Project?

Star Service will help you get it done!